It’s a Full mOOn in the Ouachita National Forest

This Saturday is the 25th anniversary of the Full mOOn 50 & 25k, which is a race and as well as a celebration. The race is set on forest service roads in the Ouachita National Forest and the proceeds go to a good cause. “It’s easy to see why the Full mOOn is known as a good time that runners of all abilities look forward to all year,” said Gary Taylor, a many time Full mOOn finisher.” Starting in late in the evening, the balmy(!) weather, Susy’s unique pre-race instructions, running through the woods at night, and ending in a sudden oasis of light, music, food, and friends all makes this a run to remember. I love this race.”

The Best Night Run of the Year!

First of all, this race is no frills, fun and funky with an all night afterparty until 4 a.m. If you haven’t been to a night race with blaring music and disco balls, then you’re missing out on a really good time. The Full mOOn also brings it with food and drinks. Each aide station is like a golden corral buffet with water, gatorade, sodas, sandwiches, and even ice to put in your shirt or your bra when it’s 95 degrees outside. They bring in 300 lbs of ice just for the event! And, at the finish line, you will find a giant after party where there are people cheering you on at the finish line, music blasting, people dancing, and to top that, the Williams Junction Volunteer Fire Department fixes breakfast like bacon, eggs, hash browns, coffee, and pancakes until 4 a.m.

One of the best points of this race are the aide stations. According to race director, Susy Chandler, “It’s dark, hot, humid, and hilly as hell when you’re running then all the sudden you see disco balls and the aide station, which is a lot of fun and a bit of a relief!” Here, they have everything you need! Water, food, and aides to help with anything you need. Each aide station is staffed by an ultra runner who knows everything about running. If something is wrong, they will help you fix it. Susy also mentioned she loves how the trail race community is full of people who want to help. They want everyone to make it to the finish line, no matter what.

You won’t get lost, promise!

Are you wondering how they keep up with all the people running around the forest in the dark? 6 words sum it up: The Faulkner County Amateur Radio Club. The club mans the race and checks in at the aide stations to keep track of runners. They track all runners at three different points to make sure nobody gets lost in the woods. They can also radio back for help if they find anyone who is in trouble or can’t make it to the finish. To add to that, Go! Running puts the trail map on the bibs so everyone knows where to go. If you haven’t crossed the finish line by 4 a.m., a course sweeper will bring you back to the finish line.

We also asked what she’s most proud of about the race. Susy told us she is proud that the Full mOOn has a BVI division for Blind and visually impaired runners, which you don’t see a lot of in the running world. There are 3 runners in this year’s race in this division. How does this work? It’s easy! Each runner is assisted by a guide who tells them about the best place in the road to run and when another runner is ahead or approaching. This is such a wonderful thing! Special thanks to all the runner partners!

Sleep in on Saturday

We hope to see you Saturday at 7 for the race (be sure to sleep in as late as you can)! Registration is closed for this year’s event, but there are still volunteer opportunities available. If you need volunteer hours to get into a race or ultra miles for the UTS series, it’s not too late to sign up. Or, if you’re just ultra-curious or have friends and family that will be at the event, come party with us! You can visit the volunteer page or email susy@fullmoon50k.com

Stick around for the Afterparty

One of the best parts of the race is the afterparty. And, with restrooms and showers on site, there is no reason not to stick around. Susy said one of her favorite parts of the race is at 2 a.m. where most of the 25k runners are finished and we’re still waiting on some 50k runners to finish. It seems like is a sea of sweaty runners, out in the middle of the forest, talking, eating, and sharing running war stories. And the talking is interrupted suddenly with an outburst of cheers when a runner comes across the finish line.

You don’t want to miss this race, even if you aren’t signed up. And if you are, Susy said to be sure to bring salt, a water bottle, and bug spray. And, if you don’t want a blister in the middle of your forehead, bring a bandana too! Look for Stacey Shaver at the aide station and give her a high five! 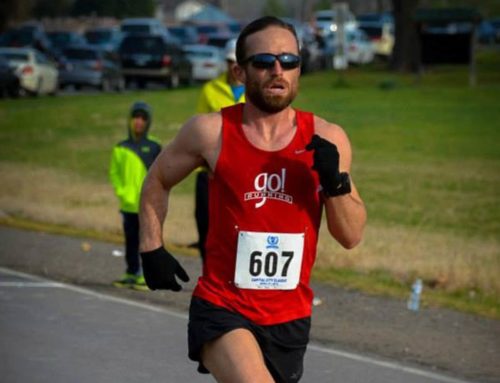 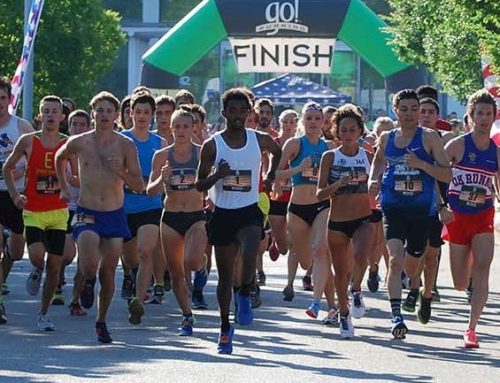